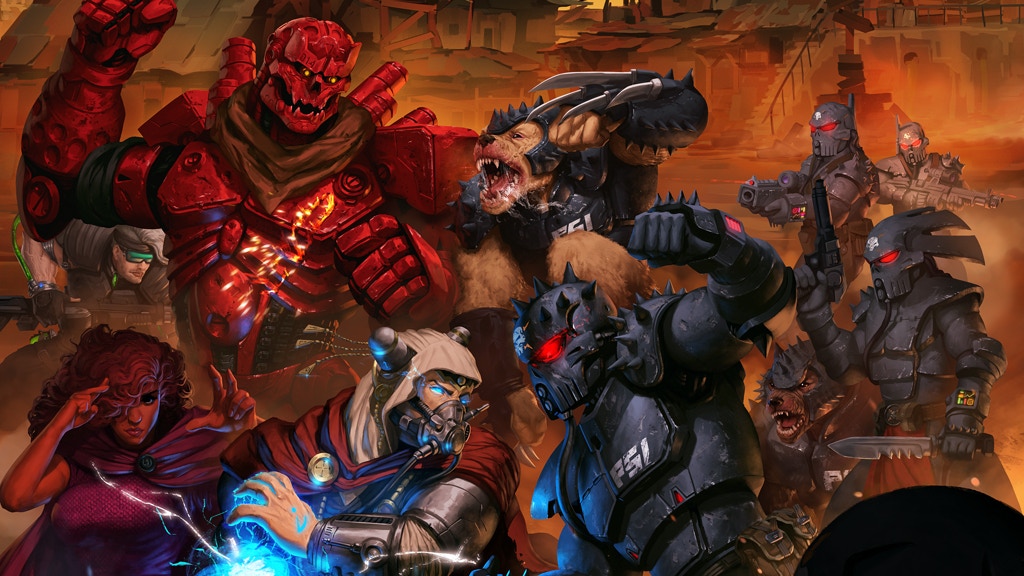 An introduction campaign for two players new to Rifts. Not throwing them into the heart of the Coalition, or Atlantis, or even Africa, I’m not that mean. Nope, a walk north. That’s all. Honest.

Our start is in a mostly agrarian community, huddled in the ruins of Fresno. It has done its best to live peacefully. But unfortunately raiders from the south have made life difficult. The gangs coming from the ruins of Los Angeles, fueled by the armaments scavenged from the LAPD and NEMA bases, and having access to the Bakersfield fuel reserves they seem to have an never ending arsenal to attack. Not a week goes by without some form of incursion from the south. Some are repelled by the watch tower guards, some bloom up to full fledged skirmishes that result in fatalities on both sides.
About ten months ago, a huge flying skull is reported shooting through the morning sky. Soon, it is disseminated that it is a military flying vehicle and there was a brief discussion of searching for survivors or scavenging the wreck, when the report of where the final resting place came in the plan was abandoned with little protest. The skull themed ship had crash landed somewhere amongst the ruined skyscrapers of L.A.
What followed could be considered a blessing in disguise. Shortly after the ship woke everyone, the raids greatly reduced. About six weeks later, a small, strangely not-well equipped group, was successfully repelled by the watchtower guards. This marked a long respite of hostilities. For a couple months afterwards, defenses ran high as normal. But the lack of attacks led to people becoming complacent and defenses unfortunately waned.
All that ended this morning.

Just after daybreak, several loud shots rang out. This was followed almost immediately by several shaped charges blowing holes in the defensive fortifications and causing three of the five guard towers facing the south to fall. What commenced could only be called a blitzkrieg attack. Within minutes, all the guards in the area were either dead or incapacitated. Quickly, any resistance in the core of settlement was stamped out.
Not far away, a small group of people watched in horror as they could only observe what was going on. From high up the mountain where they had been doing maintenance on the old reservoir dam and hydro-electric plant that powered the Fresno settlement they had a unobstructed view of the carnage.

Pilgrimage of the Lost Souls RBush

Pilgrimage of the Lost Souls Comments

I'm sorry, but we no longer support this web browser. Please upgrade your browser or install Chrome or Firefox to enjoy the full functionality of this site.